Manila is a city with a rich history. Its storied walls, buildings, monuments and ruins hold secrets that every Filipino should know by heart. From her history with the Spanish colonization, the attack of the Japanese, the entry of the Americans, to the injustices carried out from within Malacañang, Manila’s life has been far from easy. From one exploit to another the Philippines has undergone a lot of events that have shaped its history, some of which are liable to be forgotten without the aid of individuals who know the value of remembering and learning from the past. Carlos Celdran knows the importance of embracing history. Performance artist, painter, activist and tour guide extraordinaire, Carlos Celdran is a man on a mission, and he has an important message that he conveys to the guests who join his famous tours of Manila. As the saying goes, those who don’t know history are bound to repeat it, and part of his mission is to remind us of the past so that we may apply it to the future. We caught up with Carlos and had a chat about speaking his mind, Imelda Marcos, and the Ghosts that haunt Intramuros.

What inspired you to start the Walk This Way tours?

The tour really wasn't a product of a business plan. It evolved organically. I started touring Manila by foot back in 2001 as a volunteer guide for a non-profit organization called the Heritage Conservation Society. The aim was to teach fellow Filipinos about Manila’s architectural history in order to foster a greater appreciation. But when HCS restructured, the tours were cancelled and I ventured out on my own with the tours and a mailing list. After a few years though, things got a bit monotonous, so I decided to bring my interests of art, performance, music, and theater into the act. I started using a book with visuals, I put on a costume, a top hat and armed myself with a cassette boombox. Then after taking my Intramuros script to a theater workshop at the Kapisanan Center for Philippine Arts and Culture in Toronto back in 2008, it finally evolved into the theatric, four-act, multi-venue performance that you see today. I admit, it wasn’t an easy journey, nor was it planned. A lot of times, I just jumped into things on a wing and with a prayer. But taking risks is really what living is all about no?

What is your favorite spot on your tour?

After being banned from San Agustin Church back in 2010, my favorite spot is now the Baluarte San Diego on the southwest side of Intramuros. It’s a quiet little pocket garden with stunning ruins and a commanding view of the Luneta Park and the Manila Hotel. I could sit on the walls all day and just watch life pass me by. It’s full of greenery; you wouldn’t believe that you were in a metropolis at all. I highly recommend this place for people needing a break from the insanity of Manila. Bring a bottle of wine if you can.

What is your most memorable or interesting experience while you were giving a tour?

Oh there’s been more than one interesting experience. I once toured in the middle of a typhoon, had my show stopped by the rantings of an offended guest (I tend to offend a lot of sensibilities on my tour), and had two “surprise” marriage proposals. I love my job. There’s never a boring moment.

Halloween is just around the corner, any creepy personal stories you've experienced while visiting the old landmarks of Manila?

Personally, I haven’t felt any paranormal interventions inside Intramuros. But those with the third eye say that the walled city is the epicenter of Manila’s ghostly activity. After all, having been bombed in WW2 with a casualty count of about 100,000 civilians, walking around Intramuros at night with an open third eye can quickly become a ghostly experience. Locals say that there’s a phantom Kalesa that can be heard trotting around the streets at night, and that the Fort Santiago is where the ghosts like to “hang out”. It’s crowded to overflowing apparently. Think MRT levels of congestion but with the spirits of friars, mestizos, muslim royalty, executed criminals and Filipino patriots. Fun. Fun. Fun.

Who is the biggest influence or inspiration in your life?

Jose Rizal. Jose Rizal. Jose Rizal. His use of intellect, art, and literature to counter the barbarity of the colonial Spanish era was pioneering. He was a pacifist that was ahead of his time. His accomplishments in writing and showed fellow Filipinos that we were more than just colonized slaves incapable of critical thought. His sculptures and poetry proved that our achievements as a people can be at par or even best the standards of the supposed ‘civilized’ world. He was also a role model for short people and geeks. His sartorial choices were impeccable. Nerd chic before it was cool.

What brought about your fascination with Imelda Marcos?

The architecture that she commissioned was my jumping point. In the early days of my walking tours, the Cultural Center of the Philippines tour was only about the architecture of Leandro Locsin.

But as the years passed, I realized that there was an elephant in the room that I wasn’t addressing: The First Lady that made these buildings all happen. After studying her life and our history under martial law, I figured that Imelda truly is really an allegory for the Filipino condition. Her weaknesses and her personal issues were displayed for all Filipinos to partake in, just like a movie star or queen. And we marched to her drum, complete with all the impunity we could take and blind loyalty we could muster.

But did The Philippines create Imelda? After all, we voted for the Marcoses more than once. Or is Imelda a mere reflection of our own issues that we refuse to address? Our penchant for ostentatiousness, gossip, drama, and despotic leaders seems to have never gone away. Just look around today. It’s like Martial Law all over again, just without the name nor the thin veneer of Imelda’s glamour.

You are known to speak your mind about the causes you support. What cause are you fighting for these days?

Although my work as a tour guide, performer, and painter may take up a lot of time, I still find time to push my advocacies of Manila’s Urban Renewal, LBGTI issues, Reproductive Health, and Human Rights.

Lately though, I learned that my “hobby” of criticizing the current administration has bestowed me the illustrious titles of “destabilizer” “paid yellowtard” and “bayot”. Haha. But it’s no big deal. I take all these insults and death threats with a grain of salt. If one lives by the internet, one can die by the internet as well. These rough patches are all part and parcel of democracy, and the diversity of opinion is a hallmark of a free people. I’ve got a pretty thick hide too. I’m determined to keep on speaking against what I consider to be an injustice, no matter what is thrown my way. Silence is death. When a dissenting voice is censored, the bad people get stronger.

What advice would you give to the younger generation?

Study Philippine history and start now. We are taught history in school too early. History in the Philippines is relegated to mere memorization of facts and dates. Learning Philippine history at a later age is much more satisfying. Our critical skills are already honed and understanding larger issues and ideas are easier. I believe that history, or knowing our achievements as a people solidifies our identity as individuals and as a people; it increases self-confidence; and makes you the most coolest person to talk to at a cocktail party. And when I say, history, I mean ALL of it. The good, the bad, and the strange. Please understand that ALL of history is biased. History, like life, is never black and white. Knowing all sides completes the picture.

How would you describe the new administration in 3 words?

Seriously, there’s nothing for me to say that isn’t already being said in Senate, the local press, the Commission of Human Rights, and the United Nations. I don’t need to do or say anything at this point to bring take this president down. Duterte is doing that very well for himself.

If you were the current president of the Philippines, what would be the first thing you'd do?

Stop this drug war. History has proven that drug wars never work. There are no winners in a drug war. Too many innocent people get caught in the crossfire and the central issue of supply isn’t directly addressed. I would instead focus on treating addiction as a medical issue. The humane rules of rehabilitation and harm reduction for the end users complemented by a aggressive campaign to destroy local meth manufacturing facilities and putting a final end to the smuggling of these drugs from China.

Oh, and I’d open up Malacañang for Pokemon Go.

Contact Carlos Celdran if you want to experience the most interesting history tour of Manila, Philippines. 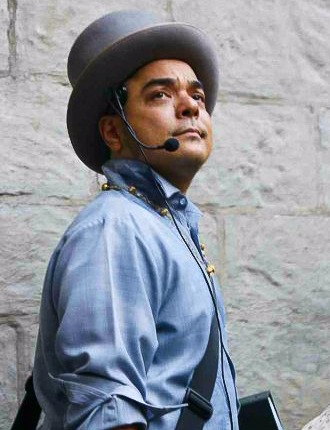 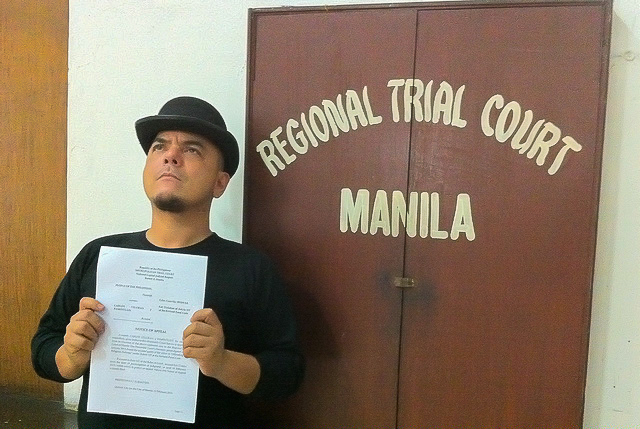 Because Pets are Family

Note to my younger self