In the late 90s there was a group in the Philippines known as the Spirit Questors, a collection of people with special abilities that would help earthbound spirits "cross over". Stories of the Questors' adventures quickly spread and they were often seen on TV or print media investigating and helping people with problems relating to the paranormal. The group was started by Tony Perez, an author, artist and adjunct lecturer who taught a Shamanism class in Ateneo de Manila and De La Salle University. My husband was able to take that class in college and was always astonished about the things he had learned and experienced in it. We got in touch with Tony and asked him all the creepy questions my husband wishes he had asked when he was in his class 10 years ago. Take a deep breath and open your mind as we chat with Tony about haunted places, invisible beings, and his scariest experiences of all time.

You used to teach a Shamanism Class. What was that class all about?

Shamanism as I taught it in two universities was an American Studies course that sought to explore the ancient practices of the Native North Americans. It instilled in students an appreciation of heritage conservation. I was a Cultural Affairs Specialist for the Embassy of the U.S.A. at the time. I was also Program Officer for the Study of the U.S. Program and the Ambassador's Fund for Cultural Preservation.

Can you explain your abilities?

On top of the five physical senses every person has six other senses: clairvoyance, or psychic vision, popularly known as "the third eye"; clairaudience, or the ability to hear sounds and voices beyond one's "normal" range; empathy, or psychic feeling; clairsentience, or intuition; clairaroma, or psychic smell; and clairgustus, or psychic taste. Everyone has these other senses, but almost always in different degrees. I believe that, long before language came into being, so-called primitive men and women communicated with one another, and with animals, using these senses.

I wrote a cyberspace book containing exercises that can be done alone to develop these abilities, Tony Perez's Psychic Exercises for the Spirit Questors. It costs nothing. It can be Google-searched and read on-line.

When did you first recognize that you had a gift?

I was 13 at the time. I would see "white ladies", or tree spirits, walking about our compound. Cubao was a wilderness before the government reserved a section of it for Army officers who'd fought in WWII, and my father, an Army colonel, bought a parcel of land where I live now. A member of our household staff would see the tree spirits too, and sometimes we would talk casually about them. Much later I realized that not all people could see such entities. My classmates would scoff at the very mention of them. It was particularly difficult for me at the time because I was, in a sense, alone. At the time there were no available books, and the only Tarot deck everyone ever knew of was the Rider-Waite. There were no teachers. There was no Internet. Today anyone can walk into a book store and find shelves upon shelves of books on psychism and paranormal phenomena. There is a myriad of Tarot decks. There are teachers now in a variety of psychic fields. I guess I have become one of them.

Any creepy experiences at the campuses you taught at?

Creepy in the sense that we held Spirit Quests there. They would include overnight sessions at the old Department of Communication Building on the Ateneo de Manila University compound, during which my students interacted with resident spirits and discovered a huge portal there that we later referred to as The Airport; a documented Spirit Quest in the Chapel of the Most Blessed Sacrament at De La Salle University, during which we assisted most of the spirits of brothers and community members who were massacred there during the Liberation to cross over; and a basement Spirit Quest at Cebu Normal University during which I guided a student to converse with an arrogant extraterrestrial through automatic writing.

I must mention, however, that the creepiest places are not campuses. They are also not cemeteries, funeral parlors, or hospitals. They are churches. Many of my trainees in psychic abilities will willingly lie down inside a cemetery niche overnight but will totally freak out inside a church.

The rituals that are held inside churches are like magnets that attract spirits, especially spirits that have no living relatives to remember them. Other factors attractive to spirits are sacred songs, lit candles, statues, relics, and the fact that altars inside churches are patterned after magical altars with the four elements (earth, air, fire, and water), and the delivery of constant messages about the forgiveness of sins. I should also mention that in temples such as Tao and Buddhist temples, the priests are typically psychic and perform divination. I would not be surprised if priests in other churches have similar qualities, whether they admit it or not.

What are portals, and do you know of any in popular places in the Philippines?

Portals are astral entrances and exits for spirits. They can be mirrors, armoire doors, trees, bodies of water, and such. Since there are spirits everywhere, so are there portals everywhere.

The most memorable portal to me is the sky area above the swimming pool of the National Arts Center, on Mount Makiling. The Spirit Questors and I discovered this during a hip-hop camp for youth from Mindanao some years ago. We saw a huge space ship above the pool. The ship was inhabited by Serpentines whose minions were frogs, geckos, and iguanas, many of which were at the bottom of the pool. There is something about water on a mountaintop that attracts Serpentines. Many of the guests who slept there would have dreams about a seductive and lustful Serpentine Queen who elicited similar feelings within them. All of those dreamers were men.

What are the differences between ghosts, evil spirits and elementals? How do you deal with each?

Ghosts are spirits or memory traces of the deceased. They are either actual spirits you can converse and interact with, or they are simply imprints in ether that keep playing on and on, even senselessly, like a tape loop.

"Evil spirits" are typically archetypes of devils as we know them in literature and art. I have observed, however, that there is more good than evil in this world, and that many spirits that we label "evil spirits" are merely the direct result of our fondness for horror movies and horror stories.

Elementals are spirits, sometimes called personifications, of Nature. Some of them are of earth (trees spirits, gnomes), of air (fairies, sylphs), of fire (salamanders, St. Elmo's fire), and of water (mermaids, undines). Some are of combinations of two or more elements.

To date it is my first encounter with a tikbalang on a Spirit Quest at the U.P. College of Medicine building. I thought it was The Devil. It kept saying facetious, negative things to me, for example, that I was going to die very soon and that I had better prepare for it. It was the only entity that followed me to at least three succeeding Spirit Quests thereafter, interrupting the sessions by making a flamboyant appearance and saying facetious things to me all over again. I was compelled to go to the Apo Sa Apalit, in Pampanga, and had one of the mediums diagnose my condition. She identified the entity that was hounding me as a tikbalang and gave me an oracion to recite and thereby pulverize it. When I got home I recited the oracion. The next morning I saw it lying on the floor beside my bed, looking like a very sick goat and apparently dying. I took pity on it and sent it healing energy, telling it that I wished it no harm. I then left for work. When I came home that evening it was gone. It has been visiting me from time to time ever since--no longer as a facetious tormentor but as a fierce ally. I can call it anytime I want, and it comes.

Advice to people who are going through a haunting?

If only ONE person is experiencing the haunting, it is most probably psychological on that person's part, a result of the defense mechanism projection. That is why I never take on a case unless the person concerned has already sought medical, psychological, or spiritual help. Only then do I step in. After I have done a proper scanning and determined that the haunting is real, I do whatever is necessary. There is no blanket solution. Every haunting is unique, and has much to do with historicity.

Most of the time, I ask the person to send me an e-mail message describing the problem. In certain cases I ask him or her to attach photographs. Nine times out of ten I am able to solve the problem via e-mail, without having to meet or visit the person. They are usually disappointed that they won't see me face-to-face, in which case I tell myself that what they really want from me is to give them a workshop, not check out a haunting.

What are some things you want people with closed third eyes to know about the supernatural things around them?

Only that it takes all kinds of people to make a world, and that religion has nothing to do with spirituality. My Tagalog translation for "spirituality" is "pagkamulat ng diwa", which is totally devoid of religious, political, and cultural connotations.

Can you give us 3 of your creepiest experiences?

I can only think of two.

My encounter with the tikbalang is one.

The second would be a few nights after my eldest son, Nelson, passed away. I'd been spending long nights at the funeral parlor straight from work. On one of the nights I'd gone home to sleep before rising to go to work the next day, I felt that my son Nelson was outside my bedroom door. I went to the door and opened it to pitch-darkness and, sure enough, he was there, standing in the family room, dressed in the barong we'd provided him. He was not alone, though. He'd taken at least 30 other spirits with him, including the spirit of a deceased baby whose cadaver was never claimed by her family at the funeral parlor. The baby was in his arms. Nelson told me that he'd brought the spirits over so that they could listen to one of my lectures on life after death. It was as though he'd promised the spirits, "Come, let us go to my father. He trains the Spirit Questors and will be able to answer your questions." But, I was tired, I was distraught, I was in grief, and I felt that I was going insane. I apologized to my son and to every one else in the family room and said that I had to go to sleep to be able to go to work the next day. I closed the door on them.

Looking back now, I know that I let my son down that night. I still do not know how I can ever make it up to him. Maybe that is why I continue teaching whatever I know to as many people as possible.

Because Pets are Family

Advice to the younger generation 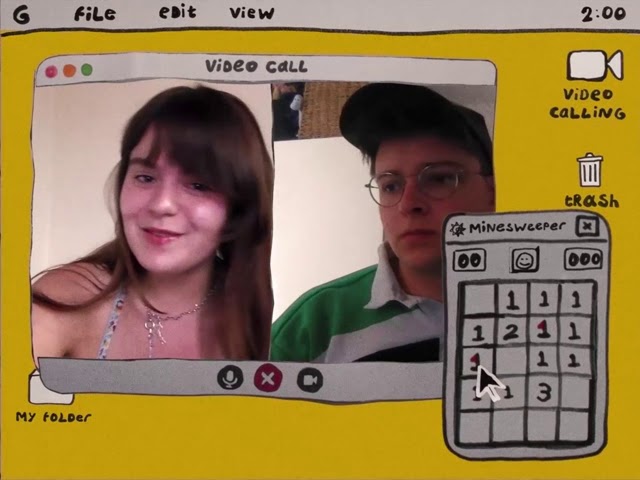